Ariston: a snack food tradition in the center of Athens

Walk around Athens for even a few minutes and you are bound to come across a bunch of snack-food places selling tyropitas, a local favorite of a quick grab, often used by Greeks as a breakfast alternative or as something to eat on the go, when rushing from one appointment to the other. Tyropita stands for "cheese pie" but the combinations these 2 little words entail are practically endless. The cheese may be -and usually is- feta, but quite often it is also kasseri (in which case it may be referred to as kasseropita), or anthotyro or some combinations of these or various other cheeses. The surrounding pocket may consist of layers of phyllo dough or "regular" dough and can range from being very oily to dry, with or without sesame on top, and in various degrees of thickness. The majority of these snack places are unfortunately just selling points for food stuff produced in local workshops, that procure to many clients and don't really have a major interest in producing something memorable. Truth be told however, many foreign visitors are thrilled with whatever they can find, since the novelty of the taste and the lack of experience in their taste buds makes up for any shortcomings in craftsmanship. 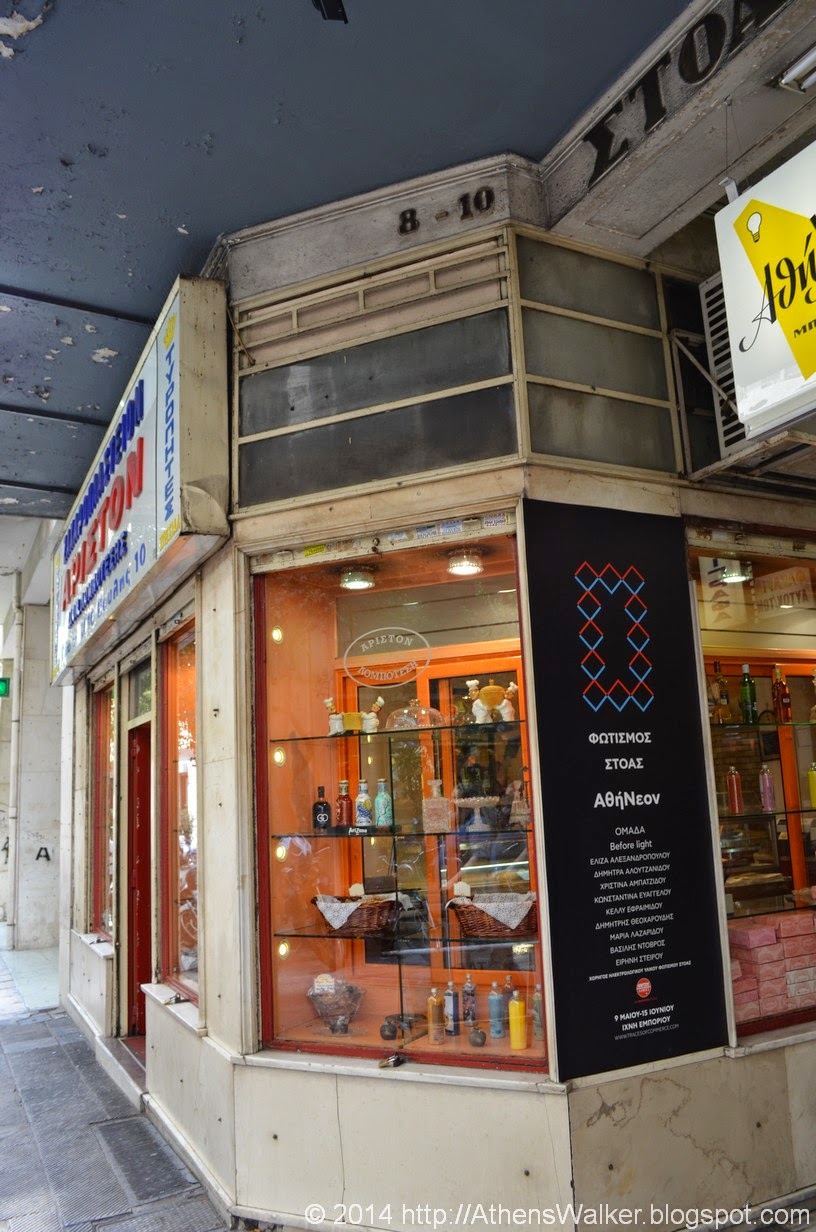 The long introduction is to let you know that Ariston, at 10 Voulis Street, right next to central Syntagma Square is not one these places. Having being around for more than a century, as their entrance sign proudly proclaims, they rightly are one of Athenians' favorite snack food places. Come here on any week day morning / early afternoon and you're bound to find a number of locals grabbing their favorite pie on the way to some place else. Their dough is a really tasty, non-oily type, that can accommodate a large variety of combinations for fillings.

During times of religious fasting, their offerings include delicious pies with shrimps or vegetables, which are permitted or tolerated by the Greek Orthodox fasting tradition. You may also find pies you won't get to see anywhere else in Athens, such as ones with burgers, sausages, bacon, chicken, sweet red peppers etc, all of them produced on site and not in some anonymous workshop miles away.

Ariston also offers various local pastries that you might want to experiment with if you have a craving for something sweet.